Employers cautioned over ‘hard and fast’ decline in turnover eligibility

Accountants assisting clients with the JobKeeper extension have been urged to pay close attention to the actual decline in turnover test, with the ATO unable to offer leeway for those who come just shy of the requirements. 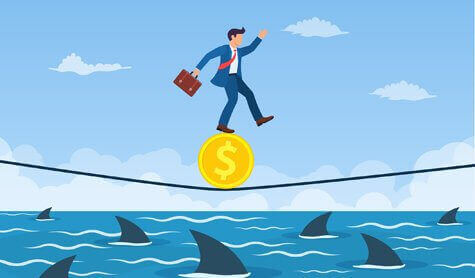 “[In JobKeeper 1], the legislation didn’t require the actual turnover to decline, so we saw a lot of organisations make a projection in a very difficult environment... and a lot of those projections didn’t pan out and that’s fine,” said ATO assistant commissioner Sandra Farhat on a recent ChangeGPS webinar.

“But moving into the extension, that is the test; the test is an actual decline.

“There is really no discretion in relation to decline in turnover, so there is no ability for the ATO to say, ‘Well, you were close, just not close enough, but we’ll let you through’ — the 30 per cent is a hard and fast legislative requirement.

The approach is a shift from the “sympathetic and understanding” stance that the ATO committed to earlier in the year when queried on how it would police the projected decline in turnover estimates.

ATO second commissioner Jeremy Hirschhorn told a Senate inquiry in May that the ATO would not nitpick turnover estimates that fell just short of the requirements because the law had merely required entities to make a reasonable estimate.

“If it ultimately turns out that the estimate was overly pessimistic and a business only went down 29 per cent, instead of an estimated 35 per cent, that is OK; what the legislation requires is a reasonable estimate,” Mr Hirschhorn said earlier this year.

The ATO’s confirmation of its new position comes as it releases fresh guidance on how it will manage JobKeeper payments that were incorrectly paid out.

For payments that were made because of an honest mistake, the ATO will not seek to recover these payments.

The facts and circumstances of each case will be considered, including whether the mistake was made earlier in JobKeeper when there was less public guidance.

Entities that did not take reasonable steps to check their eligibility will not be considered as having made an honest mistake.

Where payments will need to be repaid, the Tax Office will write to the entity to inform it of the reasons for clawing back the payments, how much needs to be repaid, and how repayments can be made.

Objections will be considered, while payment plans will be made available to those who aren’t able to pay on time.

The ATO also notes that it will generally not impose administrative penalties for JobKeeper overpayments that were the result of a mistake.

However, administrative penalties will apply if there is evidence of deliberate actions to obtain JobKeeper payments that an entity would not have otherwise been entitled to.